Virtual Reality is going to happen 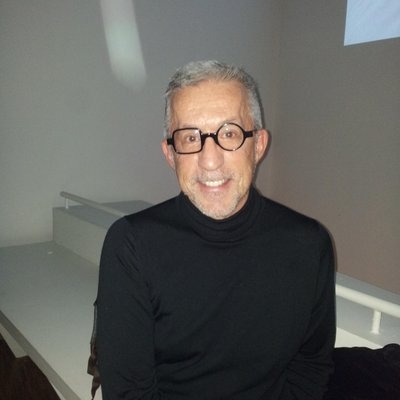 By Enrico Nardelli and Isabella Corradini

Internet spread during the 90s among experts and twenty years after it has changed the society. Do you think Virtual Reality is going to follow the same path?

It’s really difficult to say if this is going to happen or not. I think there are different scenarios. In the optimistic scenario many people think that, in the next 8 years, we will not have phones anymore, but only glasses with earphones, and by touching the side we’ll take access to the menu and do everything with them: augmented reality, mixed reality and virtual reality. So this will become the interface for everything and will replace the smartphone. In the less optimistic scenario VR will become an interface like the computer today, in parallel with the phone or maybe extending its use, and it will connect the glasses with the phone in our pocket. In any case the keyboard is going to die: in the next ten years we will not have keyboards, we’ll only have voice/gesture activation.

In this scenario which is the role of a film festival?

Artistically speaking, this event at the Venice festival is the first one that celebrates – on that scale – the fact that virtual reality can be an artistic platform for creators, not just a technological tool but also an artistic one. In almost every film festival today they are trying to show virtual reality, since it is becoming a mood of expression for artists. I'm convinced that film festivals should get interested in virtual reality because VR and films are going to go hand in hand: more and more artists are using it, and also more and more traditional film makers are experimenting with it.

You’ve spoken about opportunities for virtual reality as an expressive tool for artists: do you see any risks, too?

There are several risks. First, since technology is still primitive we don’t know the physical consequences: which are the effects of VR on the optic nerve, the eyes, the brain. So I think currently it's not good for you to stay too long in it, but this soon will change, little by little, because the technology will improve. Then, there is the risk of addiction. For example, a lot of people are addicted to online games. Virtual reality and VR games will be even more addictive, and I think that’s the real danger. Finally, it can be also a danger if people isolate themselves in a wonderful world where they are happier than in the real world. These are all very basic psychological dangers. Anyway, we have not yet started seeing the collective VR. There’s going to be more and more applications where people can be together inside the virtual. Facebook is going to launch the VR interface, probably before the end of this year, where you can be, up to five people, together, in one virtual space, with avatars that look like you, without legs, only arms and head.

Do you think these risks will be an obstacle for the future of VR?

It’s too late for VR not to happen. It’s going to invade our lives. Well, we don’t know how quickly. I think that the next step is when Facebook starts VR because a lot of people will want to use it, so they will buy the headsets to be in VR with their friends, and that’s when it’s going to become something we integrate in our lives. One more reason why it’s going to happen is that a lot of money has been invested by big corporations and they’re expecting their returns.

Now let’s talk about a more theoretical question concerning the competition. There is no such a thing as an objective artistic evaluation, which is always critical and subjective, but anyhow artworks exist independently from their observers. But when you have interactive artworks, in some sense the work of art is created by the interaction. Therefore, an artwork may even not exist if there is not an observer who interacts with it. This will pose a challenge in terms of giving an award in a competition. What do you think?

It’s a very interesting question. A new field which is being founded now is the “experiential art”. It's beyond just virtual reality and it’s also related to "immersive theater”, where you interact with the performers and the work is achieved in that moment. It’s time-based pieces and it’s experiential. There are different people who are looking into this and are seeing how you can reason and conceptualize experiential art. The way is that you look at the frame that is built to provide the experience, and then you look at how people respond to it. You thus get sort of the feeling of what works and what doesn’t, for more than one person. So the emerging approach is to take into account both the critic or the reviewer, having his or her own experience of the work, and other people’s experiences.

Digital and information technologies are clearly important in the making of VR works. One could say it is important to evaluate not just the artistic creation, but also how the technical means have been used to express it. What about the role of technologists in the evaluation process?

There is a whole field called "creative technology" and there is a whole new job, that of the "creative technologist", who both are very precious. I know the technology, but I'm a VR film maker. So, for example, I'm working on my next film, a science fiction film, and I need some special things I visualize in my head. I know the experience to convey, but I have no idea what software to use to make it happen. That’s why I sits with a "creative technologist" and I talk to him or her and say “this is what I have in mind”. They go and research the software and come back: they show me what it can work and we decide. It becomes an incredible work with someone who is creatively involved with their knowledge of technology. In cinema we know how to do everything because its technology has been around for a while. So, for example, there is a sense of the director of photography executing the director’s vision. In VR that’s different. You really have to work hand in hand with a creative technologist. This is how it will evolve more and more.

Are we ready for Virtual Reality in our everyday life?

I spend a lot of time watching films in VR, so I feel that I’m now used to understand how it works in relationship with the physical world. So I have more training now to integrate it in my life, and I think that the more people will use it the easier will be for them to have an healthy relationship with it. It is a question of perception and people awareness is fundamental.